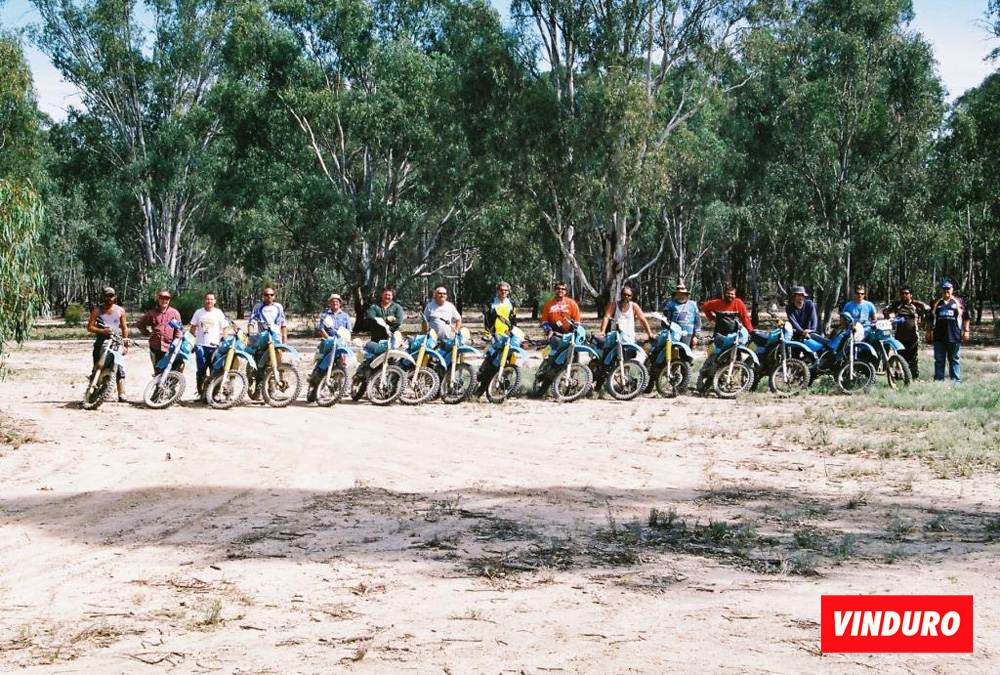 The 2010 Yamaha 2T muster was held on a Private Property at Stewarts Bridge a few k’s out of Echuca, VIC. It was a strictly 2T Yamaha event meaning it kept most of the undesirables… attending. Many Yamaha IT forum members made the trek to the event, the motley-crew was made up of around 16 two stroke enthusiasts that braved the dust and Amazon-Drone sized mosquitoes. The riding conditions were interesting… the course consisted of a flowing boundry track capable of warp factor 7 ‘speed laps’, with many short loops into, out of and back through the scrub, it was dusty but a thoroughly enjoyable venue.

Did someone say dust… 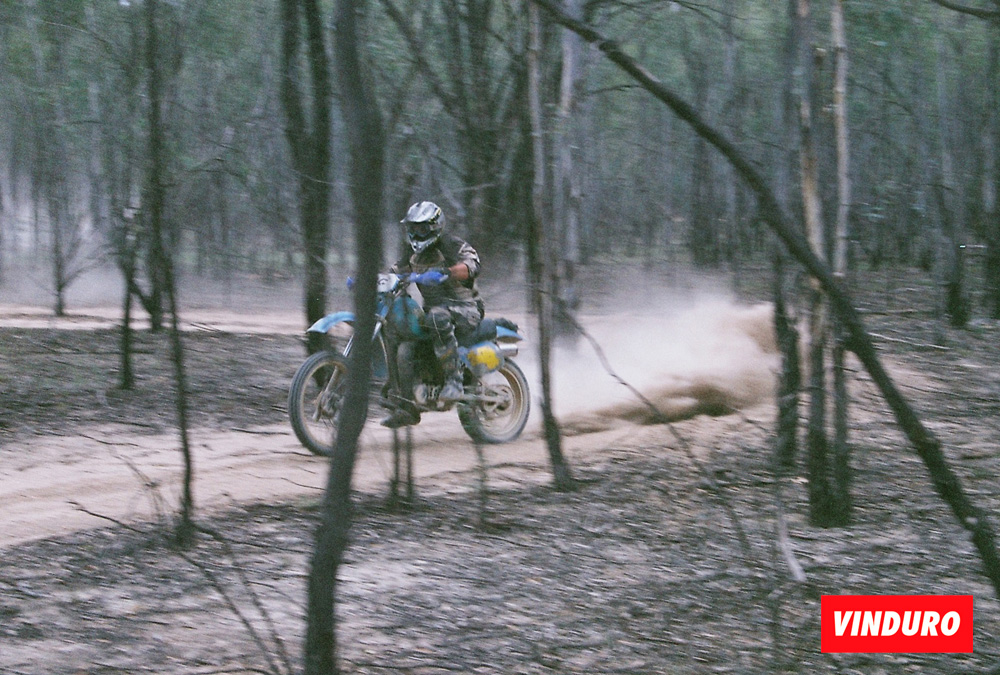 The South Australians being a weird lot tried to convert most of us over to West End.. they were the self proclaimed ‘two quiet South Aussie beer connoisseurs out for a weekend in Victoria’ but the general consensus was that the West End was that of a camel facing east. Having said that, any beer tastes spectacular at 3am in the morning after a 10 hour drive, I fear that is how they try to convert the unwary. 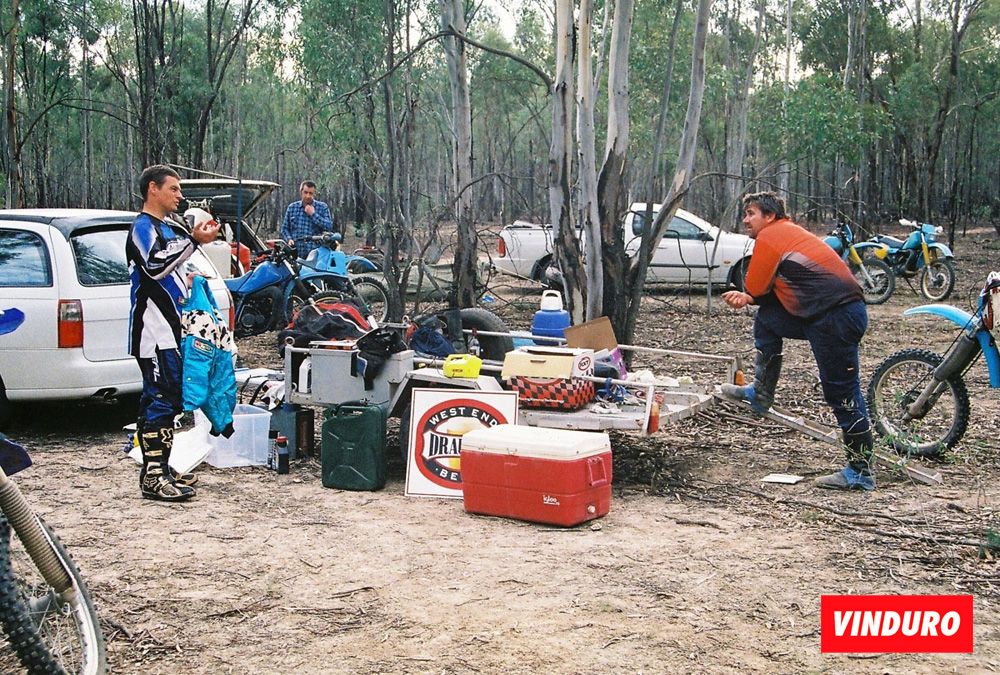 This event was the 3rd IT forum event held, many have followed and lessons have been learned but as an event it was pretty good. I’ll add that’s not the rose coloured glasses or the fact my memory is at best hazy after 4 minutes let alone 4 years, it’s the people who make the effort to get to these events that make them as great as they are. 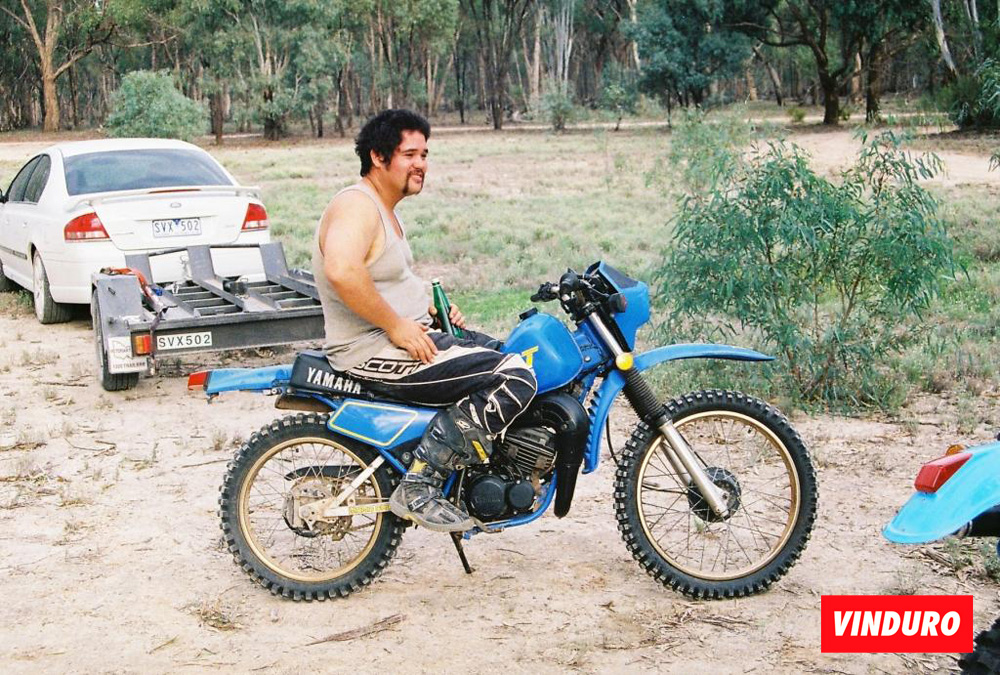 A big thanks must go to the land owner ‘Big-Kev’ who is the smallest version of big Kev that I have ever seen. Event organiser (or some would say disorganiser) Craig Rosenthal did a fantastic job ob being ‘host’ for the weekend, the highlight for most were the directions that he gave to to find the property, let’s just say that they were nothing short of useless – Cheers Rosey! 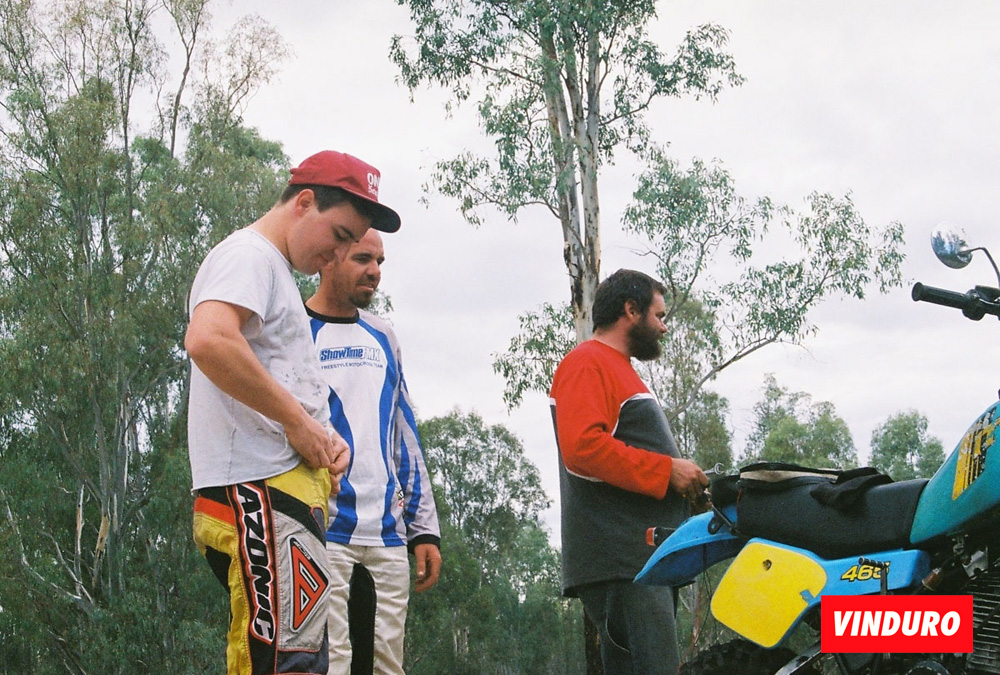 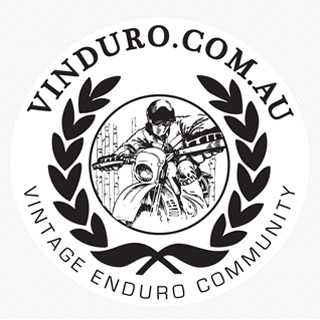